37: Jacob Martinez | The Power of the Collective

37: Jacob Martinez | The Power of the Collective

In this episode, I bring in Jacob Martínez, Founder and Executive Director of Digital NEST, to talk about how giving circles have allowed him to follow his passion.

What’s It Like to Pitch to a Giving Circle?

“We always hear philanthropy talk about keeping money in the reserves for the big emergency… well, we’re in it! It’s time to open up that vault.” Click To Tweet

Philanthropy’s ultimate goal has always been around gathering resources, time and efforts in favor of service to others. People seem to be irked by the word, “philanthropy” these days, but I still celebrate it for the root meaning: the love of humankind. Nevertheless, forget the “traditional”  (stodgy) connotation and get back to the heart of it. Philanthropy doesn’t mean you have to “be rich” and give huge sums of money. No! Being a philanthropist is as simple as contributing in a meaningful way to others and being involved in your community. An awesome entrypoint is through joining a “giving circle.” They make philanthropy more tangible and accessible for communities, and create an atmosphere for people to come together to solve societal issues with their pooled resources.

While the concept of rallying around a person or a cause is as old as civilization, giving circles are becoming more popular in the modern era. In consideration for Diversity, Equity and Inclusion, giving circles resonate with many communities because they’re social, communal, fun, transparent, and accessible. They are incubators for civic engagement where people become more aware of the issues. In the past two decades, the American giving circle movement has grown quickly. There are currently about sixteen hundred giving circles, which have reportedly given out $1.3 billion. If you want to learn more about giving circles, check out my episode with Sara Lomelin, founder of Philanthropy Together.

In this episode, I bring in Jacob Martínez, Founder and Executive Director of Digital NEST, to talk about how giving circles have allowed him to follow his passion and life’s work, as he too, contributes to his own community through his nonprofit. Jacob Martínez is a proactive philanthropist, who in 2020 was recognized by The James Irvine Foundation with the Leadership Award for his fight against the social, educational and economic inequities that affect the rural communities of Northern California. Jacob believes in the enormous talent inside the LatinX community’s youth, and he’s determined to nourish it through education and training in tech — so youth can visualize and materialize even more opportunity in their futures.

I was curious to learn about the perspective of a nonprofit executive director pitching his case for support to giving circles. I’ve heard some mixed reviews from fundraisers. Some have said it’s a variable ROI considering the effort and potential for funding. Also, there has been some criticism that it’s an unnatural play on power dynamics. I love how Jacob perceives the approach: it’s like sales, some you win and some you don’t, but that’s part of the job. Listen in for his story as the founder, ED and champion of Digital NEST. He shares tips about how to approach pitching at giving circles and how they differ from grant writing, crowdfunding and major gifts.

Whether you care about racial justice, healthcare, the environment, animal rights, or any other major social issue, there is always a way you can take action and fight for what matters to you. That’s why this conversation is so important, as it sheds light to the less “glorified” aspects of philanthropy: how everyone has the power to transform themselves into a high impact philanthropist in favor of their own community. You don’t have to be a millionaire to do good — or to call yourself a philanthropist! Giving at any level is your ticket to the club!! There are so many ways in which we can collaborate together: small donations, getting in touch with your local organizations, reaching out to a giving circle of your interest, volunteering and spreading the word; all of these actions add up and get us closer to a better world. Philanthropy has never been about the money, it has always been about the love for humankind.

Episode 32: Jen Risher | We Need to Talk… About Wealth

36: Leti McNeill Light | How to Influence and Empower Teams 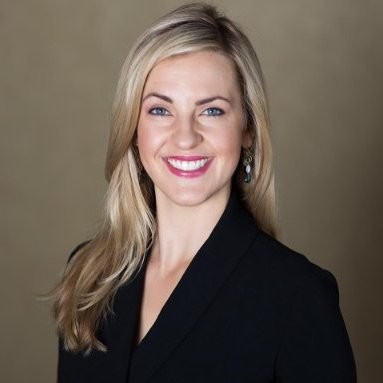 50: Jordan Langer | The Mentality that Makes a Nonprofit Mission Undeniable

My guest today is Jordan Langer, a wildly creative and successful business entrepreneur, the founder of Non Plus Ultra, and a high-school dropout. Subscribe on...

In today’s episode, Lindsay Simonds talks to Julie Ordoñez about courageous fundraising, exploring uncharted territory, and navigating challenging conversations in the nonprofit space. If you...

48: Choice in Aging | How to Make An Ask For Our Future

In today’s episode, Lindsay Simonds chats with Debbie Toth and Hank Delevati on how to refine a case for support, activate best practices for capital...